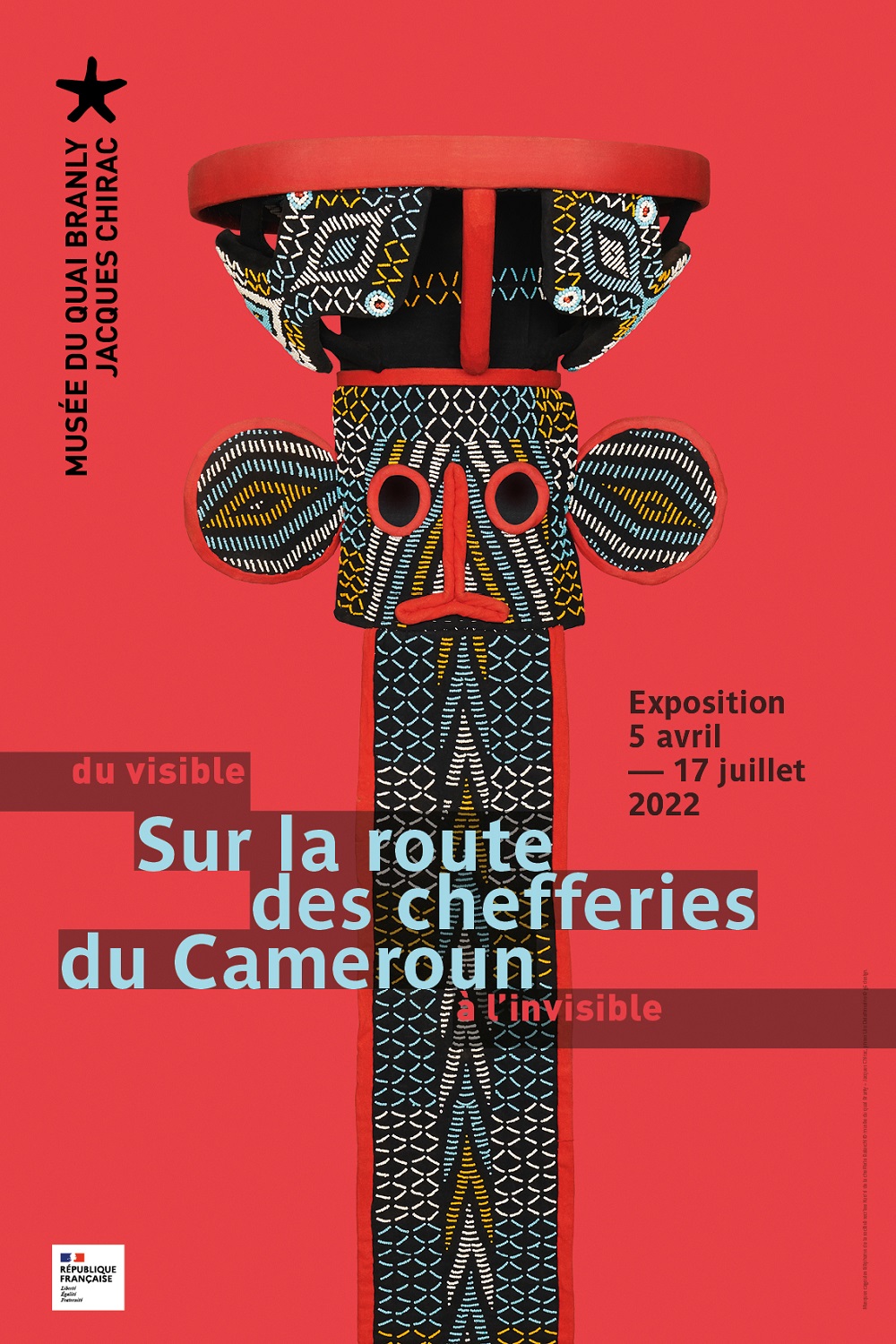 PARIS—The Galerie Jardin at the Musée du Quai Branly – Jacques Chirac is the venue for On the Road to Chiefdoms of Cameroon: The Visible and the Invisible, which will be presented until July 17, 2022.

The exhibition focuses on the high plateaus of the Grassfields region of Western Cameroon, and it is the fruit of a collaborative effort by the museum and the Route des Chefferies. The latter is a cultural and tourism-development initiative by members of the Cameroonian Diaspora in Nantes, in partnership with African notables in Cameroon. Its objective is to encourage groups to reappropriate their patrimony and to put it to use as an engine for social and economic progress. In keeping with these goals, the exhibition explores the wealth of the region’s cultural activities in architecture, metalworking, sculpture, beadwork, textile production, dance, etc. by emphasizing both its historical and contemporary manifestations.

More than 280 works make up the show, most of which are held by several chiefs and lineages. Together these offer the visitor a never-before-available opportunity for complete immersion in the Bamileke society of the Grassfields, which emerged in the late sixteenth century as the result of the rise of kingdoms defined by the authority of a chief, who was assisted by nobles who served on councils, together guaranteeing the maintenance of tradition and of the connections between the world of the living and  that of the ancestors. The first part of the exhibition examines the organization of chiefdoms, most notably through an analysis of their spatial arrangement, while the second sheds light upon the relationships between art and power and how they have evolved over time. The economic, political, and social roles of the chief also are examined, as are those of women and of the secret societies intended to impose controls and exercise counterpower. The latter are analyzed in even greater detail in the third part of the exhibition, which is in large part devoted to explaining their importance in ceremonial life, which is expressed most notably through dance.

Finally, the show emphasizes the influence of the traditional system of chiefdoms upon today’s artistic scene through the inclusion of works by contemporary Cameroonian artists.

On the Road to Chiefdoms of Cameroon: The Visible and the Invisible